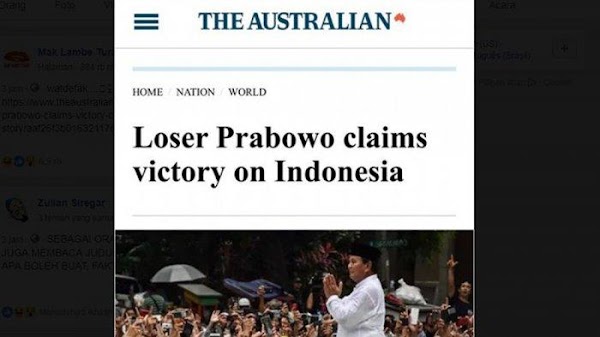 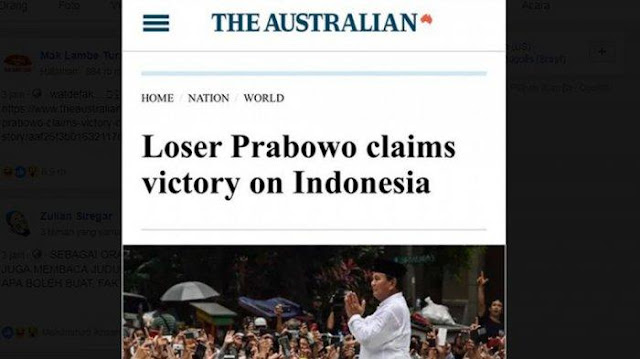 Indonesia’s defeated presidential challenger Prabowo Subianto continued to insist he was the rightful winner of Wednesday’s bitterly fought elections yesterday, two days after early poll counts showed incumbent Joko “Jokowi” Widodo had been re-elected with a double-digit margin.
[post_ads_2]
Mr Prabowo, who was backed by hardline Islamist groups, appeared at a mass gathering outside his campaign office in South Jakarta after Friday prayers to again claim the presidency and attack the credibility of pollsters who near universally found Jokowi had won.

While official results will not be released until late next month, all credible quick count surveys — which compile samples of open counting at the polling stations and are historically accurate to within 1 per cent — show Jokowi won by a margin of about 10 per cent.

Get notifications from this blog